From Wikipedia: Ultimately, Sleight of Mouth focuses on influence by challenging, and thus changing, beliefs. […] in Sleight of Mouth the concept of belief is built on a more specific set of definitions, as follows:

In this episode, we define the sleight of mouth patterns, introduce our own classification, and show the first group of these patterns – the “logical” SOM.

TODAY WE HIT 50K DOWNLOADS FOR OUR PODCASTS, A SIGNIFICANT MARK FOR US GIVEN THE FACT THAT WE DID NOADVERTISING OR MARKETING AROUND THIS CONTENT. IT HAS GROWN PRIMARILY THROUGH USERS/LISTENERS LIKE YOU TALKING ABOUT IT AND BRINGING OTHER VISITORS TO THE SITE

WE FEEL PROUD AND HUMBLED AT THE SAME TIME, A SMALL CONVERSATION IN A CAFE ON FALL AFTERNOON IN 2006 STARTED THREE FRIENDS ON A JOURNEY THAT WOULD FOREVER CHANGE THEIR LIVES AND BRING THEM IN CONTACT WITH LISTENERS AND COLLABORATORS AROUND THE WORLD. FOR THIS WE WOULD LIKE TO EXTEND OUR HEARTFELT THANK YOU TO ALL OF YOU WHO MADE THIS JOURNEY SO FAR FOR US MEMORABLE AND EXCITING 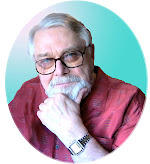 We are continuing our conversations with our dear teacher and friend Paul Rebillot on the topic of the Healing Theater – the combination of acting and drama, mythology, gestalt therapy, and rituals. For more information about Paul and his work, please visit his website – Direct Impact Creativity.

In this segment, Paul describes the cornerstone of his work – the Hero’s Journey.

We are continuing our conversations on the rhythms of rapport, and this time we address the somatic – or pre-verbal – aspects of rapport.

We are continuing a thread that we have started a long, long time ago on Rapport, reconsidering some of the aspects of rapport in a way that is not traditionally taught in NLP – by turning it from a nominalization into a process – a rhythm. Today we start by (re)defining the structure and dynamics of verbal rapport:

Philosophy at the matrix

The Matrix is a film that astounds not only with action and special effects but also with ideas. These pages are dedicated to exploring some of the many philosophical ideas that arise in both the original film and the sequels. In the upcoming months we will be continually expanding this section, offering essays from some of the brightest minds in philosophy and cognitive science. News about updates to this section can be found right here. (Scroll down to read about the latest update, or just click here.)

We are continuing our conversations with Antero Alli.

This series of conversations is on the topic called the 8 Circuit Brain model. It is something that Timothy Leary first brought into the western consciousness. Later, Robert Anton Wilson in his book Prometheus Rising gave it a more wide spread appeal, and Antero in his book AngelTech provided a more hands-on approach to the same model.

This conversation covers the following topics: