How to Choose the Work that Makes You Happiest

How to Choose the Work that Makes You Happiest.

“As I’ve gone through life, I’ve found that your chances for happiness are increased if you wind up doing something that is a reflection of what you loved most when you were somewhere between nine and eleven years old…At that age, you know enough of the world to have opinions about things, but you’re not old enough yet to be overly influenced by the crowd or by what other people are doing or what you think you ‘should’ be doing. If what you do later on ties into that reservoir in some way, then you are nurturing some essential part of yourself. It’s certainly been true in my case. I’m doing now, at fifty-eight, almost exactly what most excited me when I was eleven.

“But I went through a whole late-adolescent phase when I thought: Splicing sounds together can’t be a real occupation, maybe I should be a geologist or teach art history.”
— from The Conversations: Walter Murch and the Art of Editing Film 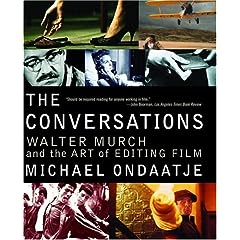